Dora Love Prize: Lessons in standing up to hatred and discrimination 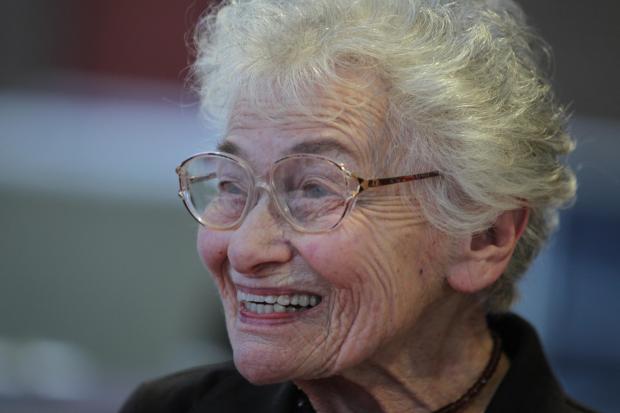 HUNDREDS of school pupils learned about the importance of standing up to hatred and discrimination.

The youngsters attended an event at Essex University as part of the Dora Love Prize project.

The prize, which honours Holocaust survivor and educator Dora Love, teaches secondary schoolchildren about the links between the Holocaust and intolerance, discrimination and hatred.

In total 250 children from 23 schools in Essex, Suffolk and Kent took part in the event hosted by the Department of History.

The children, from Years 7 to 10, took part in a series of workshops where they learned about how ordinary Germans viewed the deportation of their Jewish neighbours, how Holocaust survivors started new lives after the war and the Nazi genocide of Roma and Siinti people.

Holocaust survivor Frank Bright closed the event with a discussion about his personal experiences.

Mr Bright, who lost his family and many of his friends in the Holocaust, said: “Seeing these children reminds me forcefully of the past. They are alive, they expect to live life to the full and to achieve their ambitions through hard work.

“They remind me of my classmates, who had equal ambitions but who, instead of being able to achieve them, were murdered in the most cruel and barbaric way in their early youth.”

Prof Rainer Schulze,who established the Dora Love Prize in 2012, said: “Dora Love regularly visited schools, talking with schoolchildren and emphasising what hatred, intolerance and, perhaps worst of all, indifference, can lead to: so many looked away and did nothing when their neighbours were bullied, assaulted, and ultimately driven into ghettos and camps.”

“With the Dora Love Prize, we continue her work, encouraging schoolchildren to never forget the ultimate consequences of seemingly small acts of discrimination and, most importantly, develop a sense of responsibility.”

By Fletcher Ruddy
We use cookies to ensure that we give you the best experience on our website. If you continue to use this site we will assume that you are happy with it.Ok